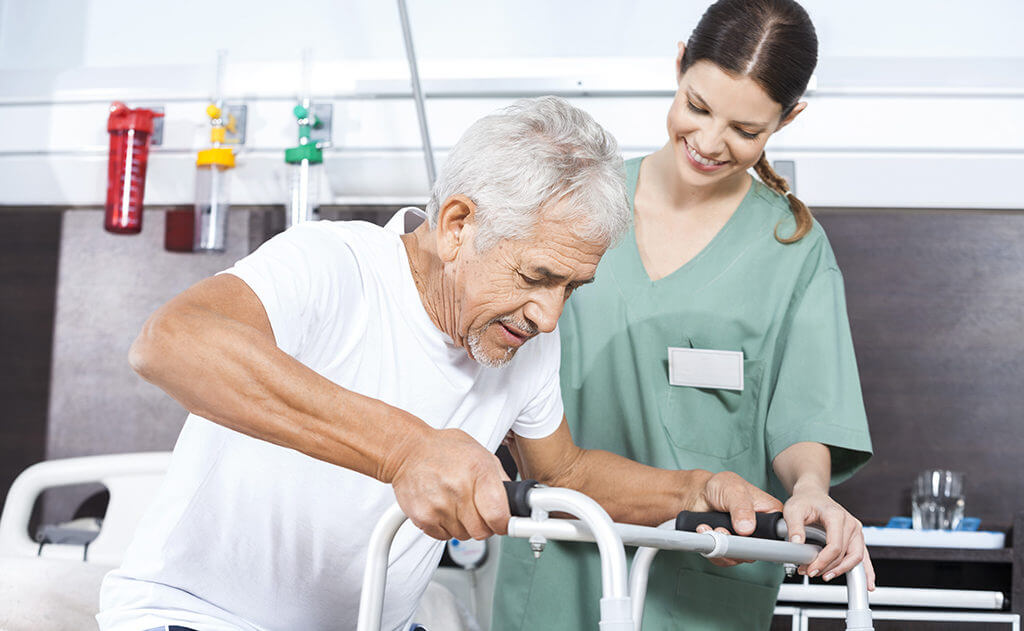 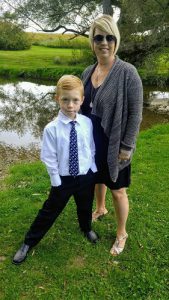 Two days before Kristin Weber celebrated her 40th birthday, she suffered a stroke. A healthy wife and mother of five-year old son, Jamieson, Kristin may have appeared to be an unlikely candidate for such a serious medical emergency.
What may be surprising, is that a stroke can happen to anyone at any age. According to the Heart and Stroke Foundation of Canada, a woman has a stroke every 17 minutes in Canada and stroke in younger adults is on the rise.
It was the morning of July 27, 2016. Kristin woke up at six o’clock to start her day. What set this morning apart from any other was that Kristin found herself unable to get out of bed. In fact, she couldn’t move her right arm or leg. “I knew the warning signs [of stroke], and I immediately knew I was having one,” recalls Kristin. “I told my husband to call an ambulance.” Kristin’s husband had the same reaction of many younger adults, “Are you sure [your arm and leg] are not just asleep?”
Kristin had been recently diagnosed with shingles on her neck, and had been experiencing headaches the week prior. The headaches were uncommon for Kristin, and they were the worst pain she had ever felt. “The headache was so intense, I was crying, which is very unlike me,” she says. In hindsight, Kristin realizes these symptoms may have been precursors of what was to come that July morning.
When the ambulance arrived, the paralysis in Kristin’s right arm and leg subsided. She was able to move, and began to second guess whether she was actually having a stroke. The first responders explained that although her symptoms appeared to be gone, she needed to go to the hospital immediately. As Kristin walked out the front door of her house, the paralysis returned and she collapsed onto her front porch.
“What happens in the first minutes and hours after a stroke is critical,” says Dr. Martin Cieslak, Stroke Physician Lead and Department Chief, Clinical Associates at STEGH. “The faster the signs of stroke are recognized and the individual gets acute stroke care, the better their chances of survival and recovery.”
Kristin was transported by ambulance to a nearby hospital that administers an emergency clot-busting drug (tissue plasminogen activator, or tPA), which can help treat a stroke if started within 4.5 hours. In stroke care, time is of the essence. Research from the Heart and Stroke Foundation of Canada indicates that brain cells die at a rate of 1.9 million every minute after stroke, so the sooner that blood flow can be restored, the greater the likelihood of a good outcome.
Kristin spent five days (and her 40th birthday) in hospital undergoing a variety of tests. Once stable, she was transported to STEGH to what was - at that time - a brand new District Stroke Centre. “Moving to STEGH was the best decision for me,” says, Kristin. “STEGH is my home hospital; it’s where I feel most comfortable.” Kristin spent the following nine days in rehabilitation, working tirelessly to regain movement in her right arm and leg. Once discharged from hospital, Kristin spent months in rehab to relearn many of life’s simplest skills.
It’s been three years since Kristin suffered a stroke. While she has regained most of the movement in her right side, she still lives with the outcome of that frightening morning in 2016. “I now use my left arm for most activities, such as eating and working on the computer,” says Kristin. “I no longer have feeling in my fingertips on my right hand, my walk is a bit gated, and I suffer from periodic memory lapses.”
Kristin considers herself to be one of the lucky ones. Because she knew the signs of stroke and acted FAST by calling 9-1-1, Kristin is alive today to share her story.
“Only half of residents in Elgin County arrive at the hospital by ambulance when experiencing stroke-like symptoms,” says Dr. Cieslak. “When it comes to the brain, don’t take chances. Call 9-1-1. First responders are trained to provide immediate care, and can transport the individual to the best hospital for stroke care in the fastest time.”
Integrated Stroke Unit